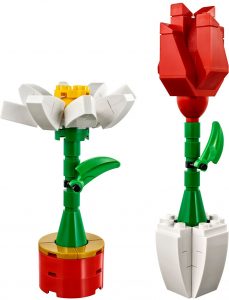 While plants are part of nearly every city scene, large scale brick-built flowers are rather rare. So I was rather pleased to see that this year Lego is presenting us with two such sets 40187 Flower Display and 30404 Friendship Flower.

40187 Flower Display is part of this years Valentine’s Day Seasonal lineup. I ordered it right away along with 40270 Valentine’s Bee when they became available early this year. A wise decision as Lego is out of stock for both sets already.

I wasn’t exactly sure what to expect from such a small set, but given the small price point and its elegant design I figured, that it would make for a nice giveaway. As I received my parcel from Lego I remembered that it had been a while since I had given my wife some flowers … 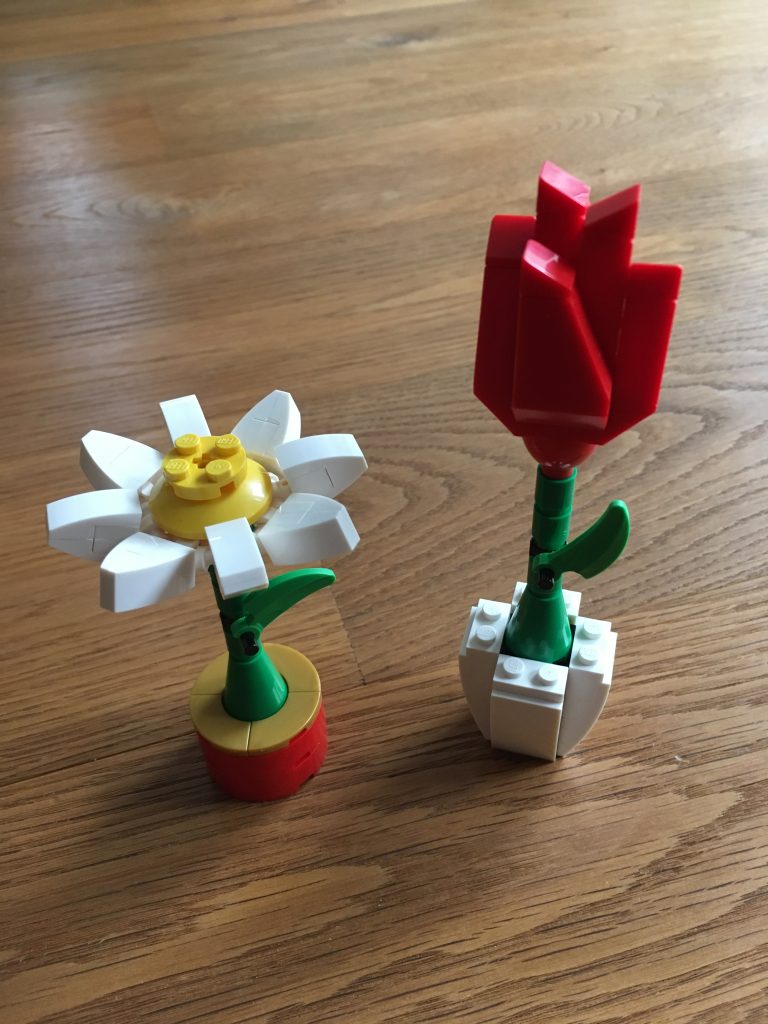 My wife built the two flowers together with my daughter and said that the build was more advanced than she had thought. The rose starts with in interesting build for the flower pot and involves three-dimensional thinking to properly re-produce the flowers intricate lines. 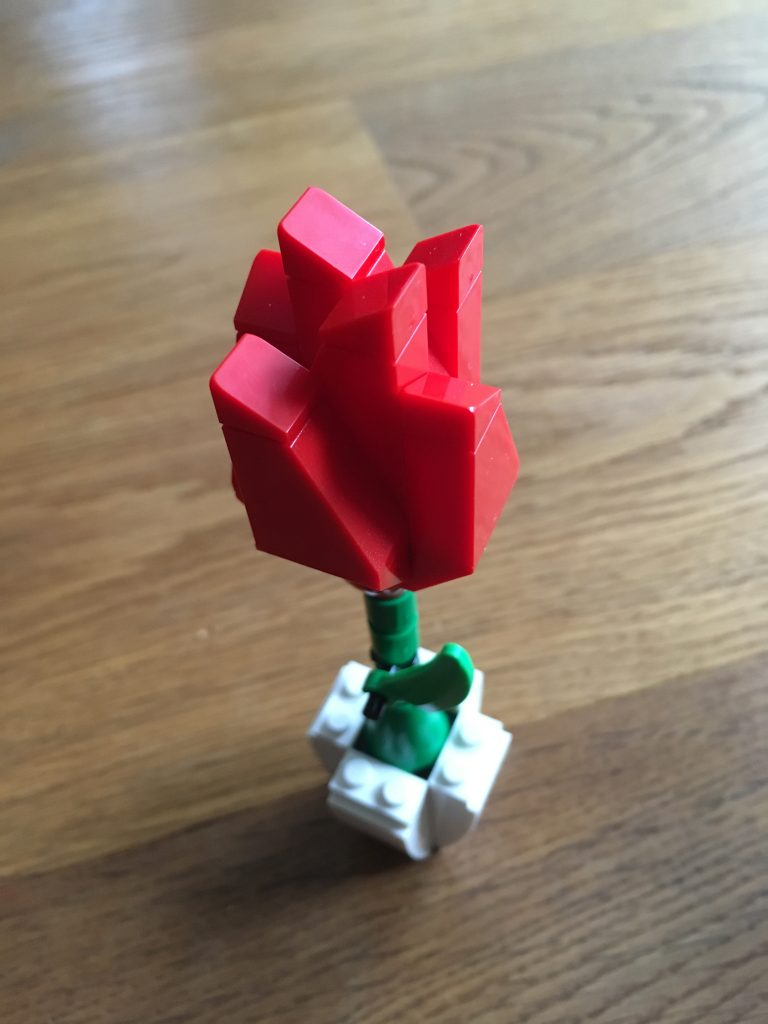 While the daisy’s pot is relatively easy to build the technique for the petals is quite interesting. 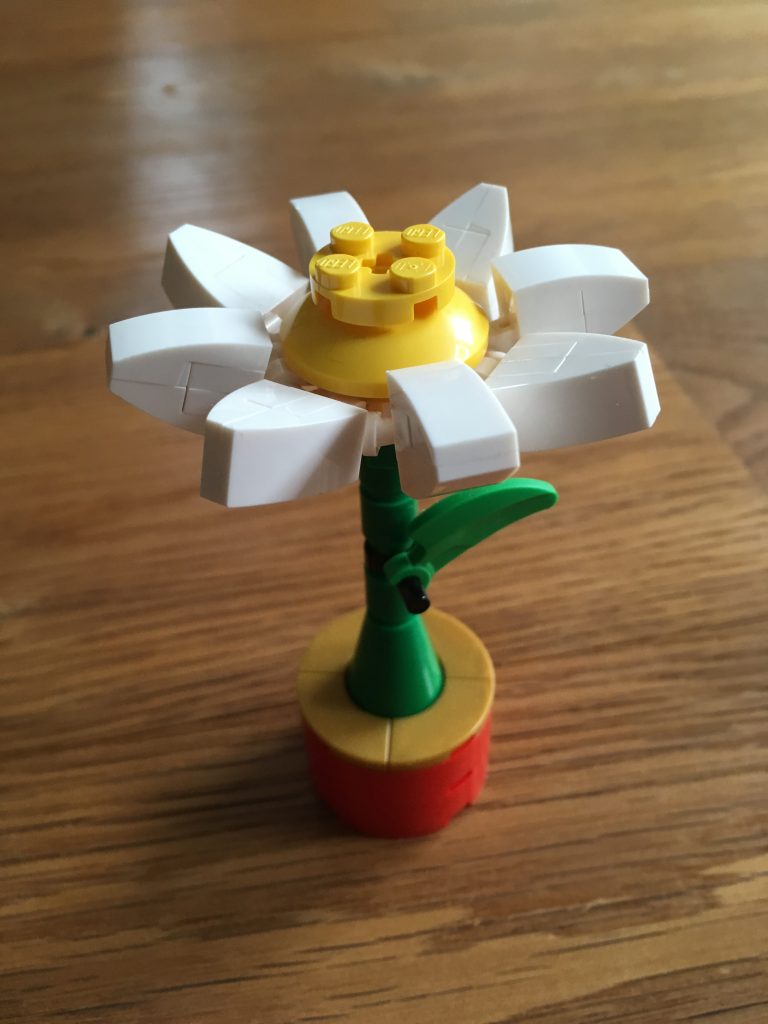