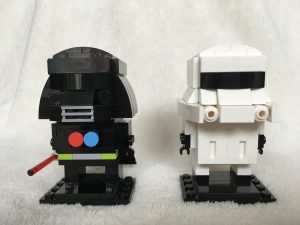 My brothers birthday was coming up and I knew that he liked the BrickHeadz design, but was only collecting Star Wars sets. So after familiarising myself with the basic BrickHeadz layout I went about creating two MOCs (My Own Creations): Darth Vader and a Stormtrooper to keep him company. 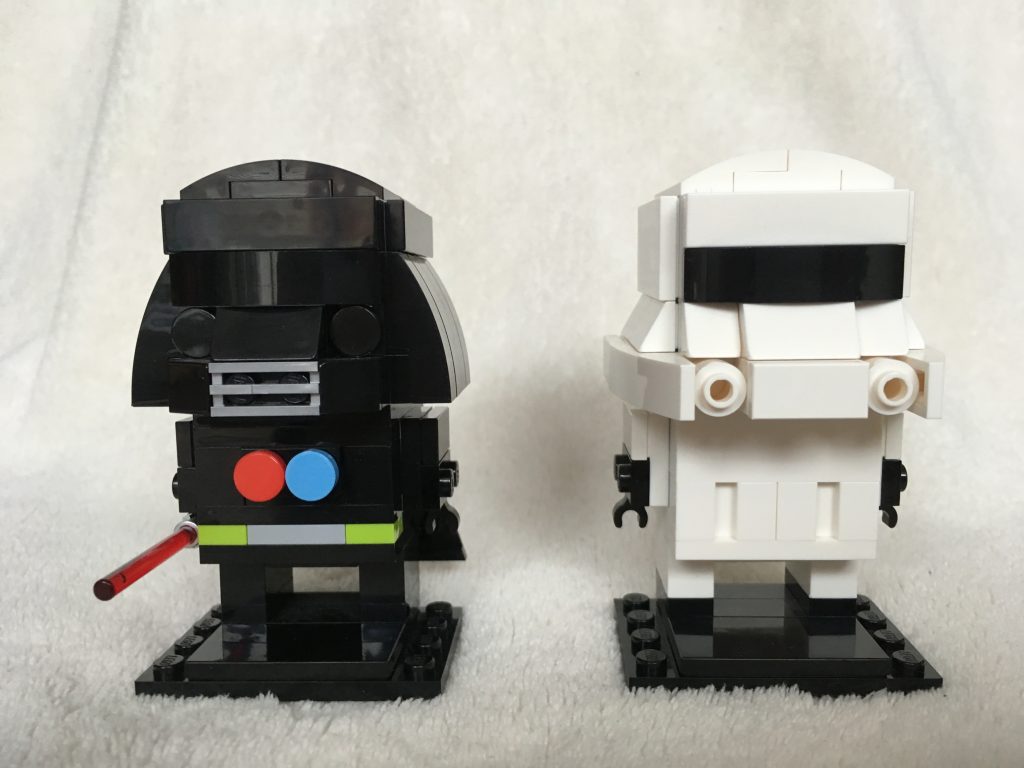 The build is relatively simple and tries to incorporate the most recognizable features of both characters. Official BrickHeadz sets incorporate nicely detailed printed pieces, which could have improved upon my design.

After nearly a year (I created the MOCs in March 2017), I’m still very happy with my rendition. Lego introduced Star Wars to the BrickHeadz lineup and it seems that 2018 is going to bring us an official version of Darth Vader and a Stormtrooper. I wonder if they will replace my initial MOCs below our TV …

In case anybody is interested my LDD (Lego Digital Designer) files for both MOCs can be found below under Downloads.