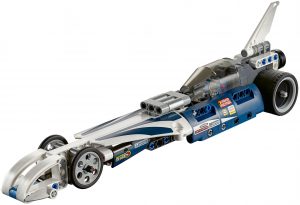 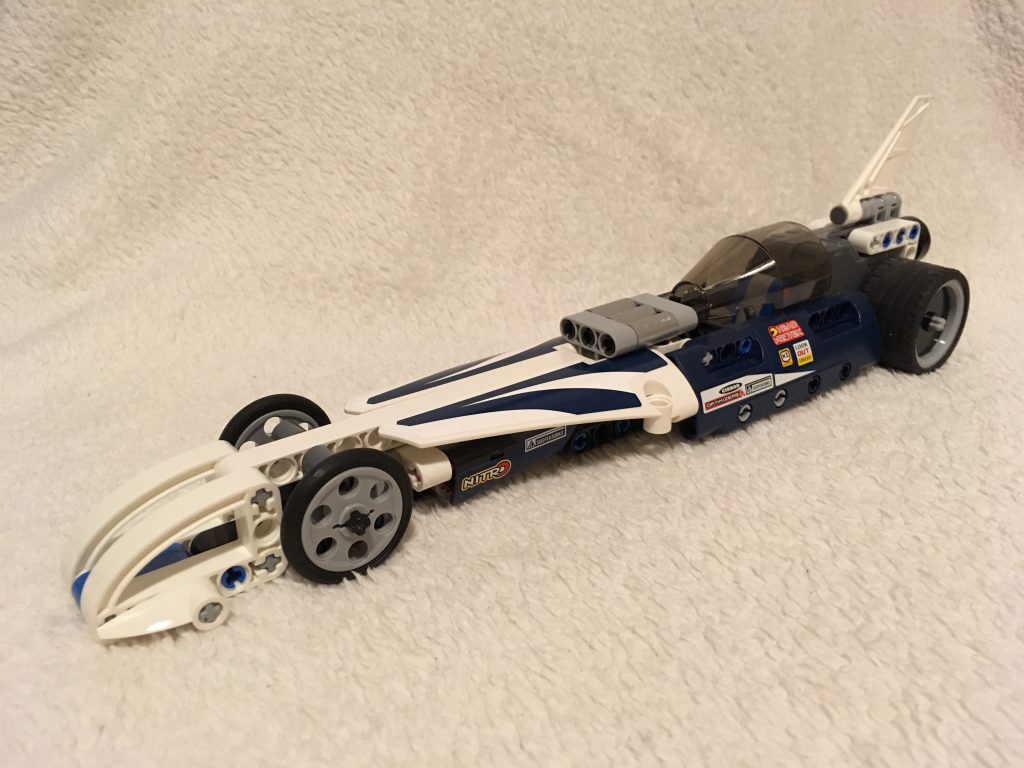 The build is simple and therefore well suited to introduce beginners to the Lego Technic range. The little racer is very sturdy and will survive serious play (including crashes) without any problems.

Just like the salt lake racers its based upon the vehicle is really long but quite narrow. At first I wasn’t too sure about the looks, but they definitely grew on me. However the real party piece is the pullback motor: It still works great after more than two years and its very hard to resist playing with it.