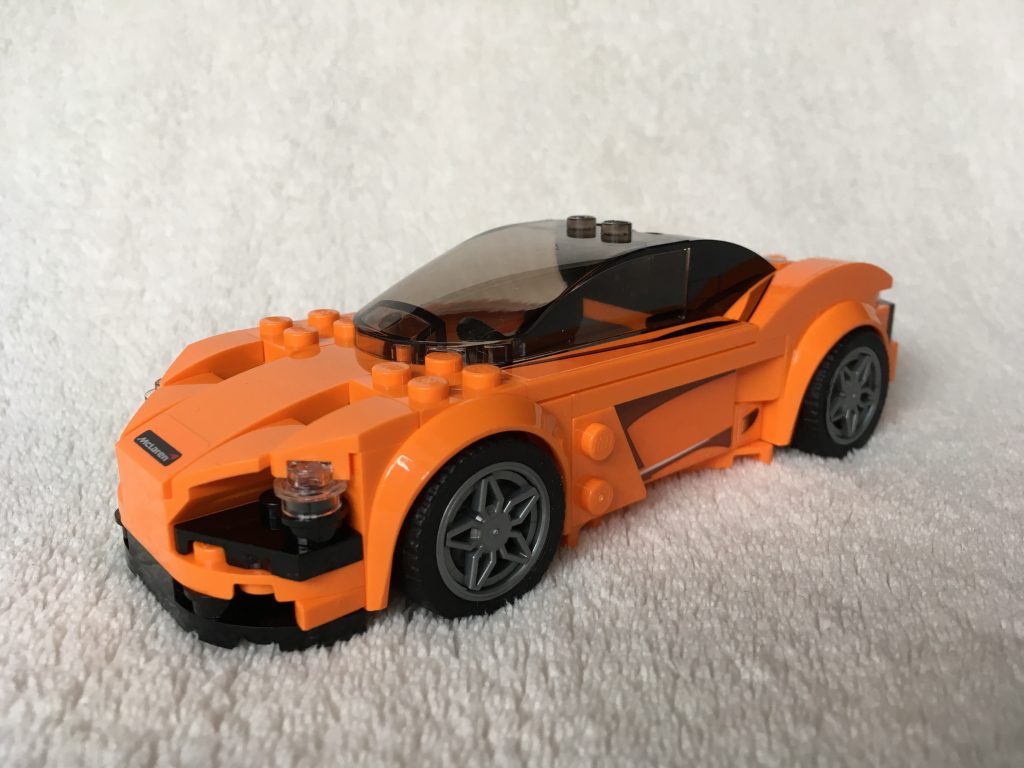 As with most Speed Champions sets the build isn’t particularly difficult, but includes a lot of interesting building techniques. Construction is going into all directions using angle plates and even rocking elements.

Most sports cars nowadays have a very fluid looking bodywork, which makes them extremely hard to reproduce in Lego.

Comparing with the source material from Wikipedia I think its fair to say, that the Lego set is not a faithful representation of the McLaren 720S. The overall proportions and the silhouette are OK, but the front and back are too far away from the original for my taste. 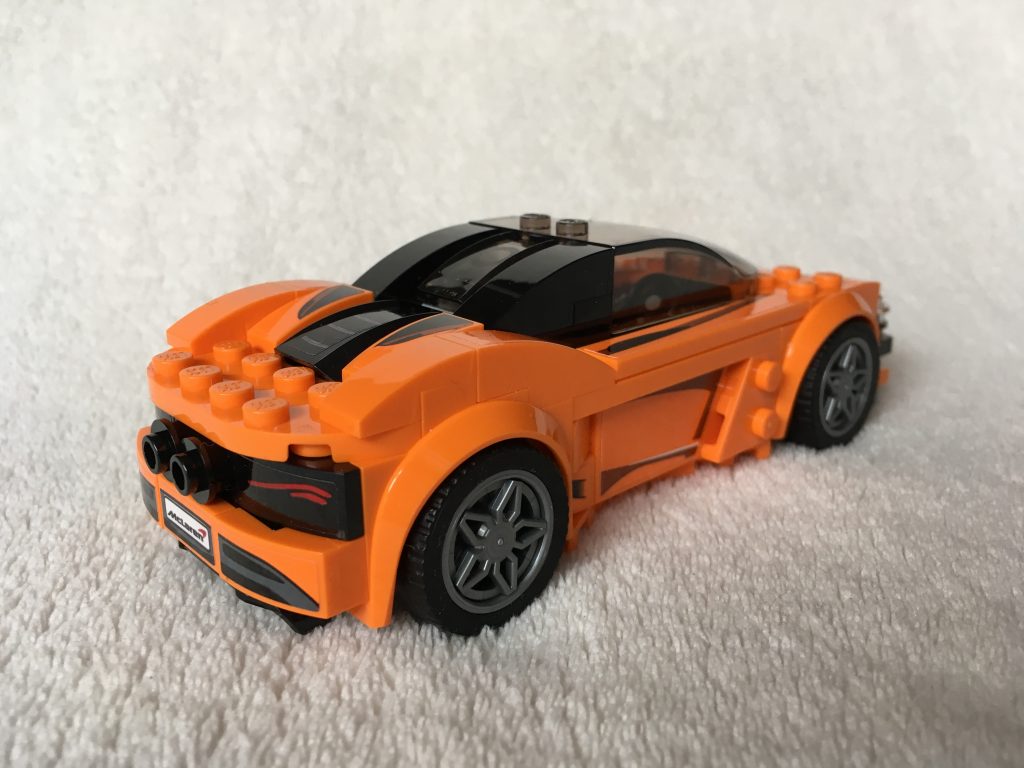 While this might be disappointing for fans of the McLaren 720S, I think Lego produced an interesting looking little sports car in its own right. As an original design I think the front looks great and I like the very powerful looking back as well.

Last but not least Lego included a designers desk and a minifigure that can be used as driver or designer. Usually these sets come with racing equipment (cones, traffic lights, etc.), but I think the desk is a perfect addition. Its one of those great mini-builds that has a lot of personality while using a minimal amount of parts.

This set is probably not going to satisfy the hard-core McLaren 720S fan, but I think its a great sports car set and as such would definitely recommend buying it.