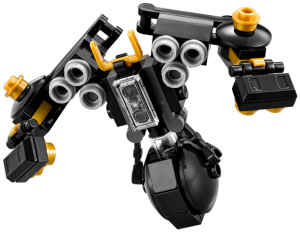 Three mechs have also been rendered at a much smaller scale as polybags so far. 30379 Quake Mech is one of these polybags with a miniature rendition of Coles mech.

The build is quite interesting, applying a couple of advanced building techniques. While the mech looks rather fragile its actually quite sturdy and nicely posable. The only thing that comes off from time to time are the hinges connecting the arms.

I think 30379 Quake Mech does a great job of translating the impressive looking design of 70632 Quake Mech into miniature form. Great balance and a cleverly built wheel allow the mech to stand freely while being posed. 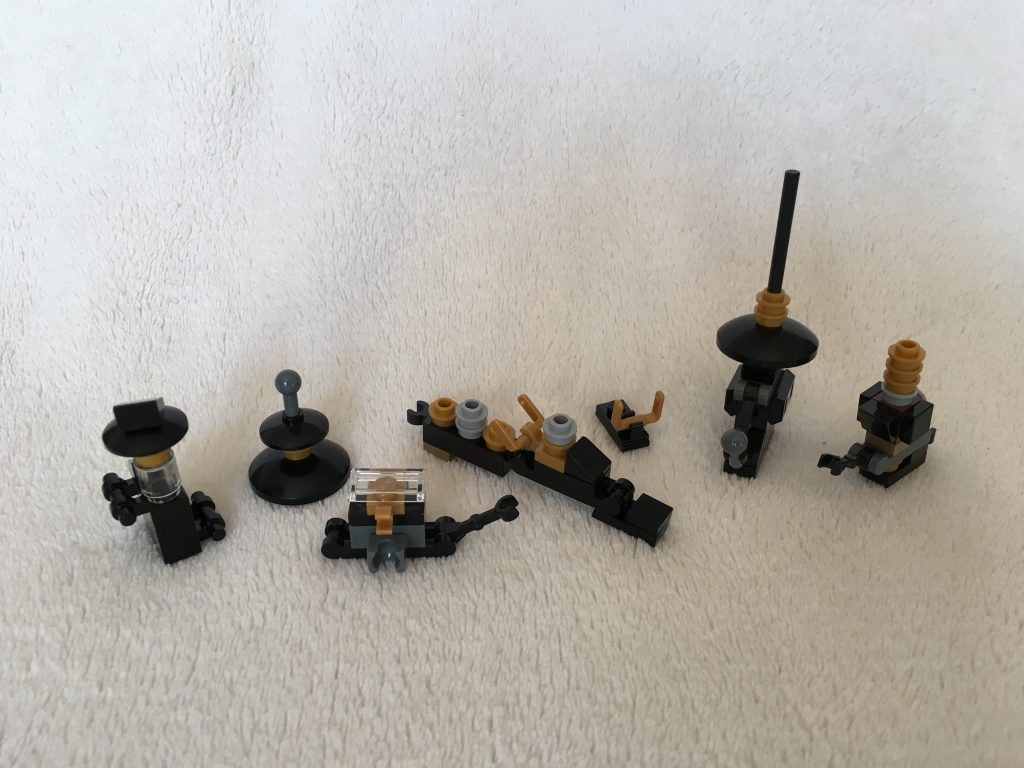 Before building the mech my daughter produced a couple of fun microbuilds. Seems like this polybag successfully inspires free-style building.