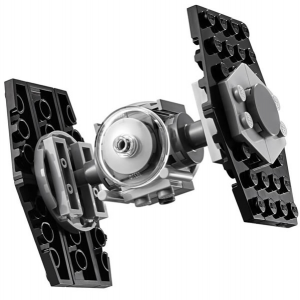 TIE Fighters are among the most recognizable aircrafts in the Star Wars universe. So its no wonder that they have been portrayed a number of times in different scales and color schemes throughout the years. 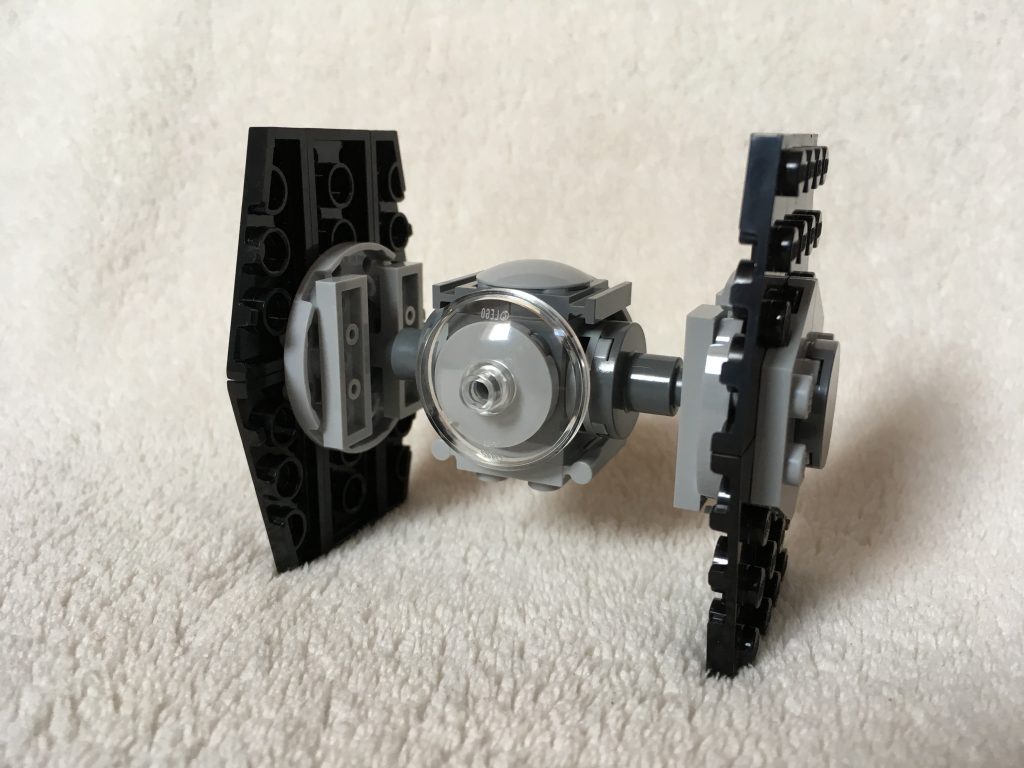 The build is simple and looks great. After the quite detailed 30276 First Order Special Forces TIE Fighter of 2015 we come back to a reduced version in the original color scheme. I like the simplified look and while the proportions aren’t perfect they definitely feel right given the scale. 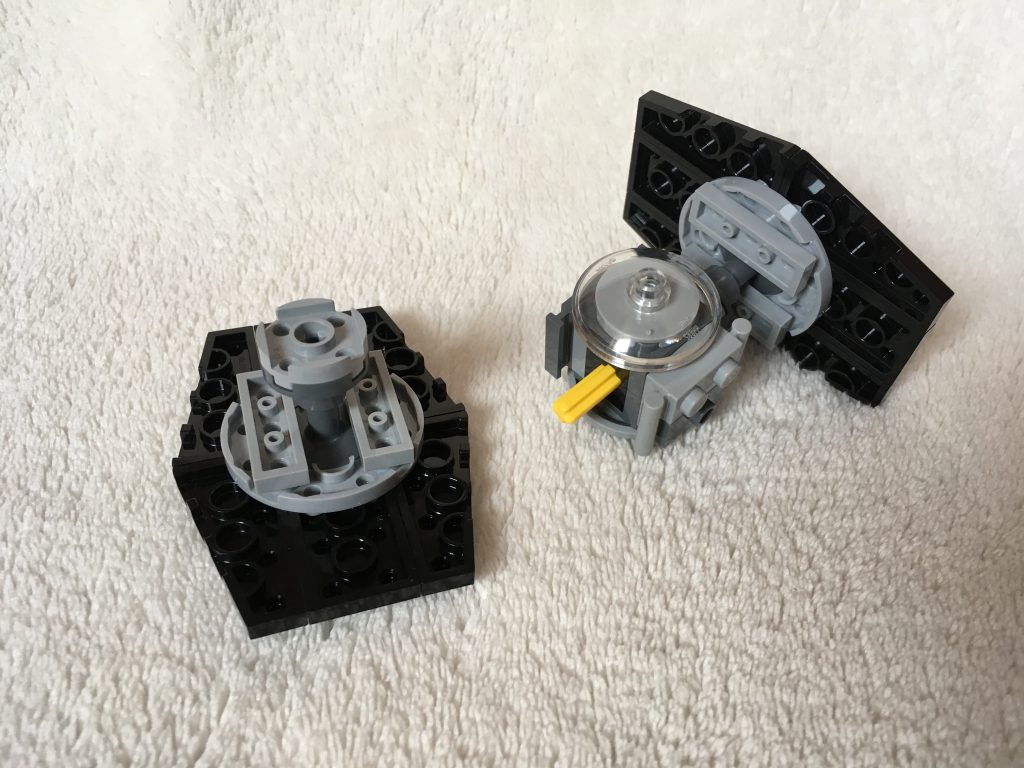 The attachment of the wings is quite clever and makes great use of 6106283 Undercarriage 2X2X2. While it would be preferable to leave out the 1×3 plates, that secure the undercarriage to the wings, they are necessary to make the fighter sturdy enough for play.

While I really like 30276 First Order Special Forces TIE Fighter I think 30381 Imperial TIE Fighter is the best microscale tie fighter to date.