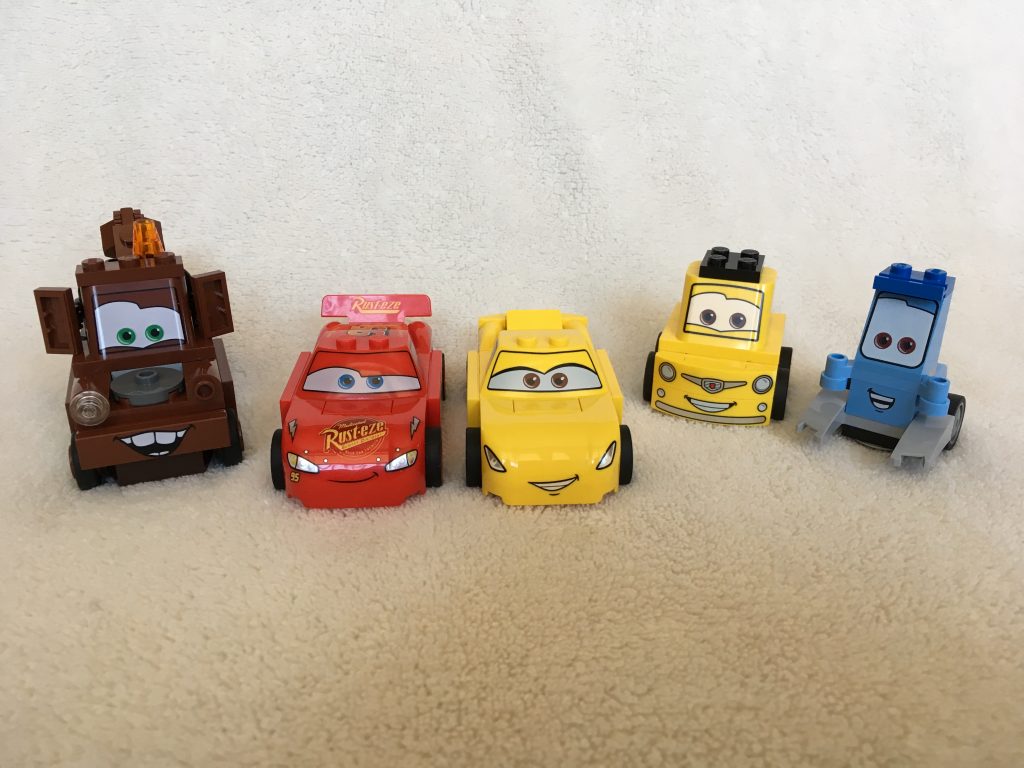 As promised by the Juniors theme the build is super easy. A lot of premium sets use stickers nowadays. All four Cars 3 sets however use prints for their decorated parts, giving them a premium feel and high durability. 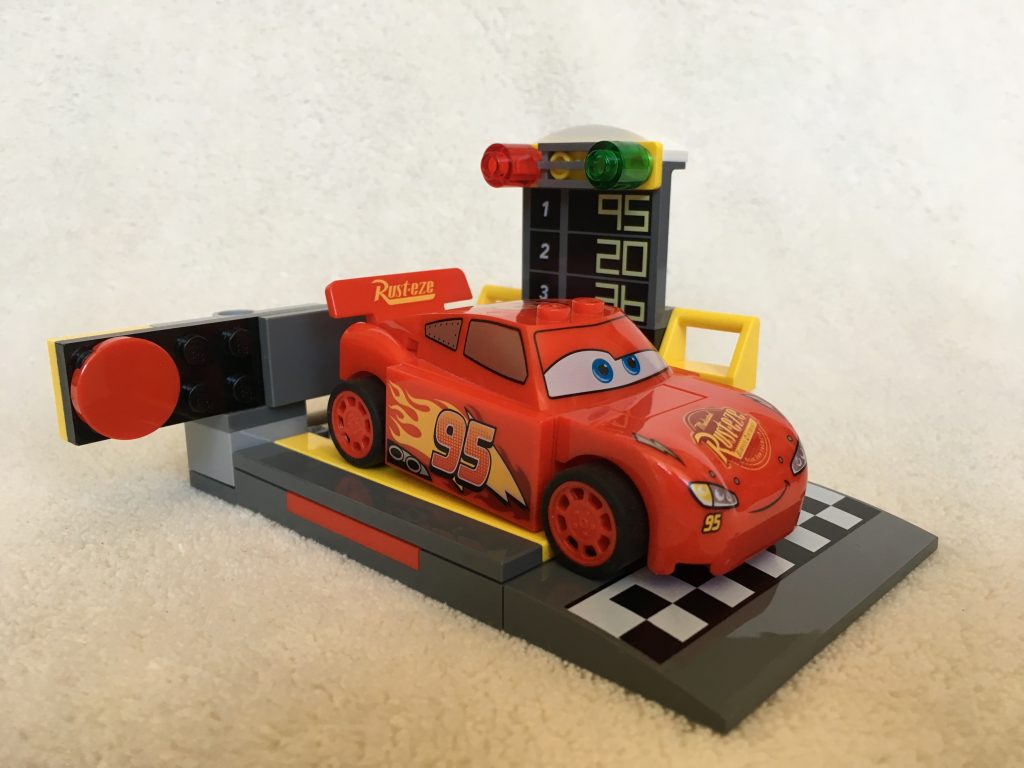 I like the design of the car, but I would prefer the slightly more opened eyes of Lightning McQueen in 10743 Smokey’s Garage. The Speed Launcher looks nice, but doesn’t work all that well. I’m sure this could easily be remedied with a bit of custom building, but my daughter didn’t really care.

10731 Cruz Ramirez Race Simulator features the second main protagonist of the Cars 3 movie. So for kids that have watched the Cars 3 movie, this set is the natural choice along Lightning McQueen.

The Race Simulator is featured in the movies storyline and looks great. Cruz Ramirez (or Lightning) can be put on a rotating platform, which helps to use the simulator just like shown in the movie.

While I generally like the design of Cruz Ramirez, I’m not too happy with Legos decision to use an orange 2×2 plate to connect the back to the chassis. While this certainly helps younger builders during construction, the orange piece is clearly visible against the otherwise yellow bodywork from most angles. 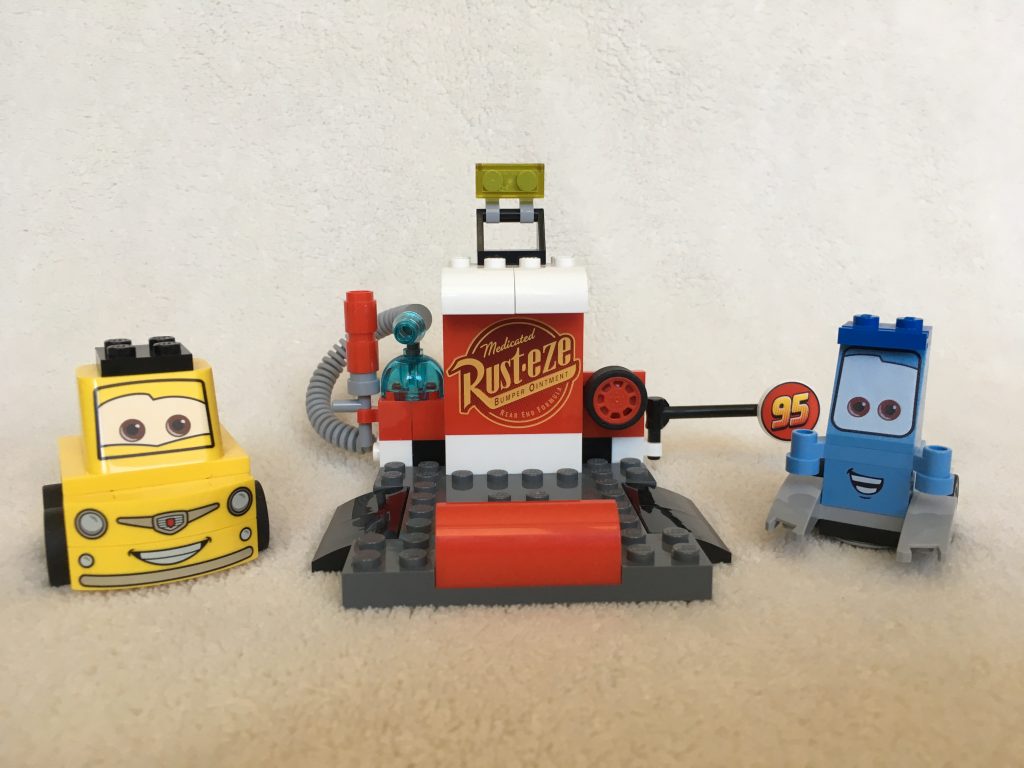 10732 Guido and Luigi’s Pit Stop brings us the two fun italian friends, that build up Lightnings pit crew. Both perfectly resemble the characters from the movies and fittingly come with a pit stop build.

My daughter loves Guido (blue) and Luigi (yellow) due to their fun italian accent in the movies, but we always tend to mix them up. Maybe writing this article will help 😉 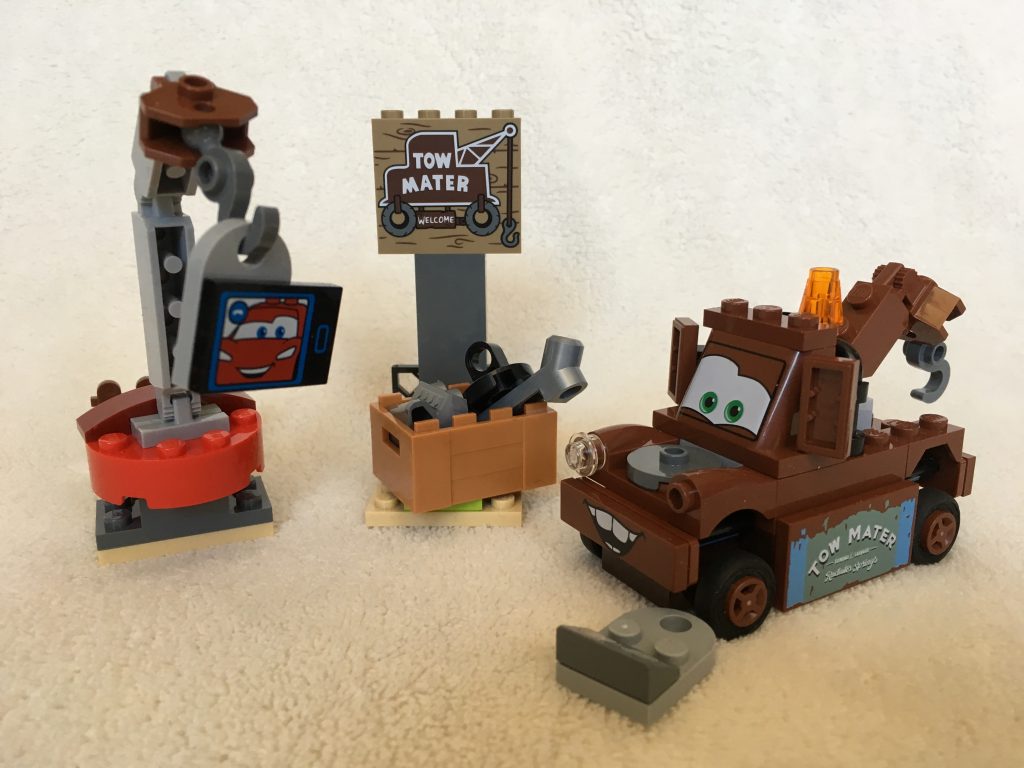 I think the rendition is spot-on and the accompanying builds represent Mater’s junkyard along with some tuning parts. While the crane parts are really simple, they offer a lot of opportunities for play.

All four sets are great and I recommend buying them if your kids liked the Cars movies. While the structures have been put aside after a while the cars are in non-stop use unlike any other Lego set my daughter owns.